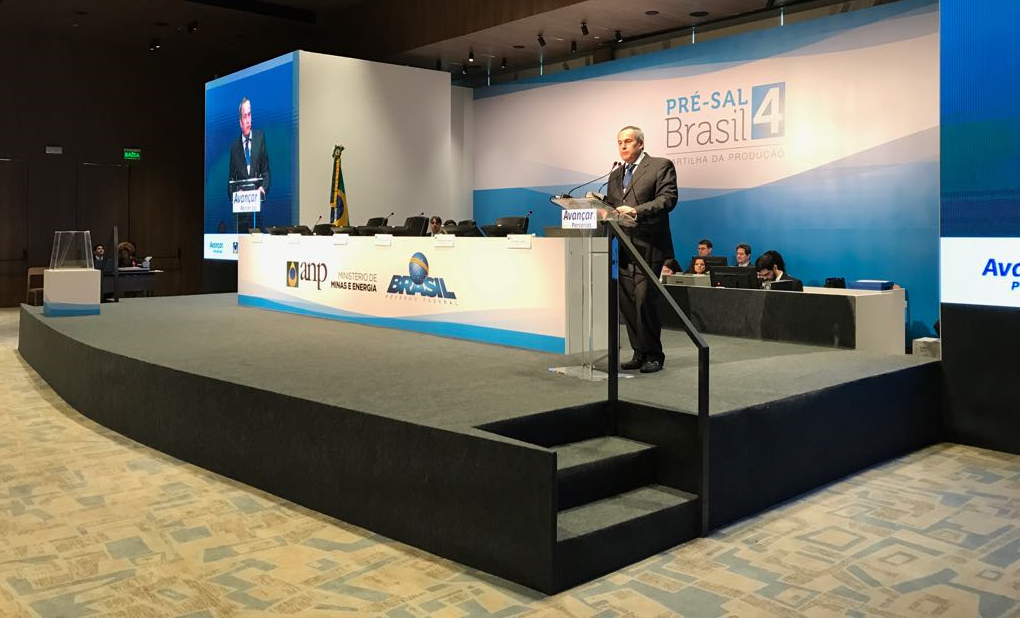 Three of four blocks were awarded overall, each of which will be operated by Petrobras. The state-owned firm has a right of first refusal to petition the government to operate all pre-salt blocks offered. The round received some $800 million in signing bonuses and $190 million in planned exploration investments.

The Norwegian firm took a stake in the highly coveted Uirapuru block in the Santos Basin with partners ExxonMobil and Petrogal Brasil. Petrobras exercised its right to enter the consortium and will be the operator with a 30% interest. Equinor and ExxonMobil will each have a 28% stake, with Petrogal Brasil holding the remaining 14%.

The consortium offered a fixed signing bonus of around $670 million—dwarfing that of the other two blocks awarded in the round—along with a 75.49% profit share bid vs. the minimum of 22.18%. Uirapuru is estimated to have 8 billion bbl of prospective unrisked volumes.

The block is north of Equinor’s operated BM-S-8 block—containing part of the Carcara discovery—and North Carcara block. ExxonMobil reported 6 June that it had completed its acquisition of half of Equinor’s interest in BM-S-8. Each company now has a 36.5% stake.

ExxonMobil says Carcara field development activities are progressing, including concept selection and finalizing commercial agreements. Carcara is estimated to hold 2 million bbl of oil. Production is expected to start in 2023 or 2024.

Equinor in the 4th round also gained a 25% share of the Dois Irmaos block in the Campos Basin. Petrobras will operate the block with a 45% interest, and BP will hold 30%. Dois Irmaos, which received a signing bonus of around $100 million, is close to an area where Equinor was awarded four “high-potential blocks” during Brazil’s 15th licensing round in March, the company says.

ExxonMobil, which led the previous 14th and 15th rounds in blocks awarded, now has interests in 25 blocks offshore Brazil. It plans to obtain seismic coverage this year over a large portion of its acreage there, with 3D seismic work already under way on two blocks in the Northern Campos area.

“However, high costs and high risk counterbalance this vast resource potential,” she noted. “In the case of [production-sharing contract] blocks, economics are very sensitive to profit-share levels, and high bids such as for Uirapuru will require significant discoveries, low costs, and a fast pace of development in order to generate value.”

Brazil’s 5th pre-salt round, scheduled for 28 September, will offer acreage in the Saturno, Tita, Pau-Brasil, and Sudoeste de Tartaruga Verde areas of the Campos and Santos basins.