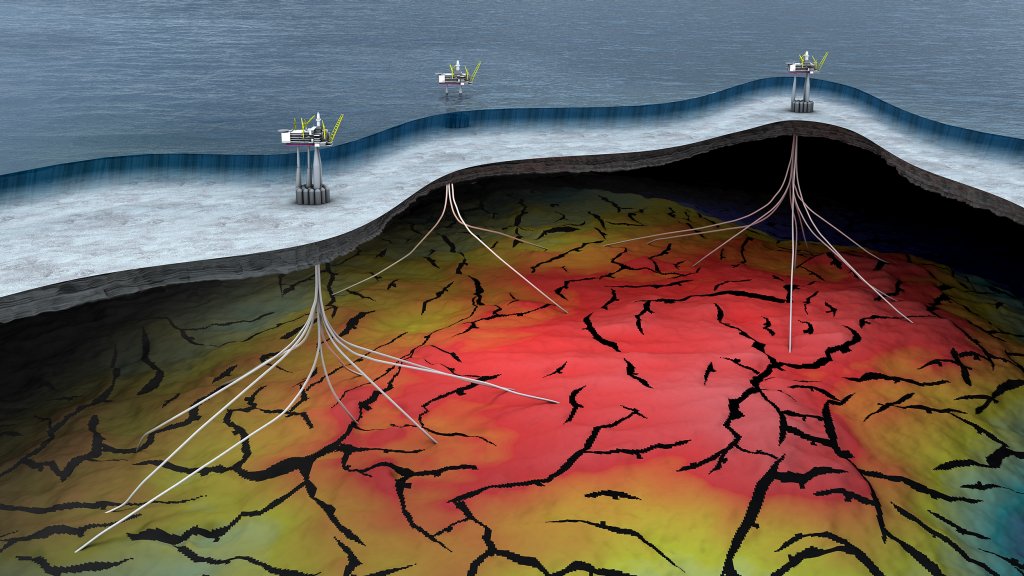 The Gullfaks partners have decided to drill seven new wells and thereby improve oil recovery by 17 million barrels with good profitability. On behalf of the licence partners, Equinor’s executive vice president for Development and Production Norway, Arne Sigve Nylund, presented an amended plan for development and operation (PDO) to the minister of petroleum and energy, Kjell-Børge Freiberg, at the Sandefjord Conference today.

“Our ambition is to maintain profitable production from the Norwegian continental shelf (NCS) for several decades. Wells that can be drilled fast and at a low cost, near existing infrastructure, will be a major contributor,” says Nylund.

The wells will be drilled in the Shetland Group, a carbonate reservoir that lies above the main reservoir at the North Sea Gullfaks field.

Drilling on Gullfaks is challenging due to the carbonate reservoir. A well test in 2012 proved however that also this reservoir had an oil production potential. The Gullfaks partners have therefore invested more than NOK one billion in production wells in this formation since 2013, which have so far produced more than six million barrels of oil from Shetland/Lista phase 1.

As this reservoir could potentially produce more oil by use of water injection, the authorities requested the Gullfaks partners to submit an amended PDO in 2019.

The Gullfaks partners (Equinor, Petoro and OMV) are now ready to recover even more resources by use of water injection and new production wells in the Shetland/Lista phase 2 development. A total of seven horizontal wells is planned to be drilled by use of existing drilling facilities on Gullfaks.

“These formations that used to pose a challenge are now due to producing at a break-even below USD 30 per barrel – I find that to be a nice bonus from Gullfaks,” says Nylund.

The oil from Shetland/Lista is a small contribution to the total Gullfaks reserves, but a major contributor to the remaining field potential.

Furthermore, the project deepens our knowledge of carbonate reservoir production, which can be used in other parts of the world.